Bootlegger is one of Canada’s most successful national retailers, providing great jeans, and everything that goes with jeans, for value and style conscious young adults.

Bootlegger is going ecommerce. The challenge was to take their existing website and turn it into an online store. I worked very closely with the talent from Elastic Path as they were proving the ecommerce backend and as a result I became the bridge between the two teams (me representing Cowie and Fox). I was involved in every step from the initial wireframing to the final build and the stuff in between of course. Since the initial build, I also worked on the reskin of the site which kept all the functionality but with a new look. 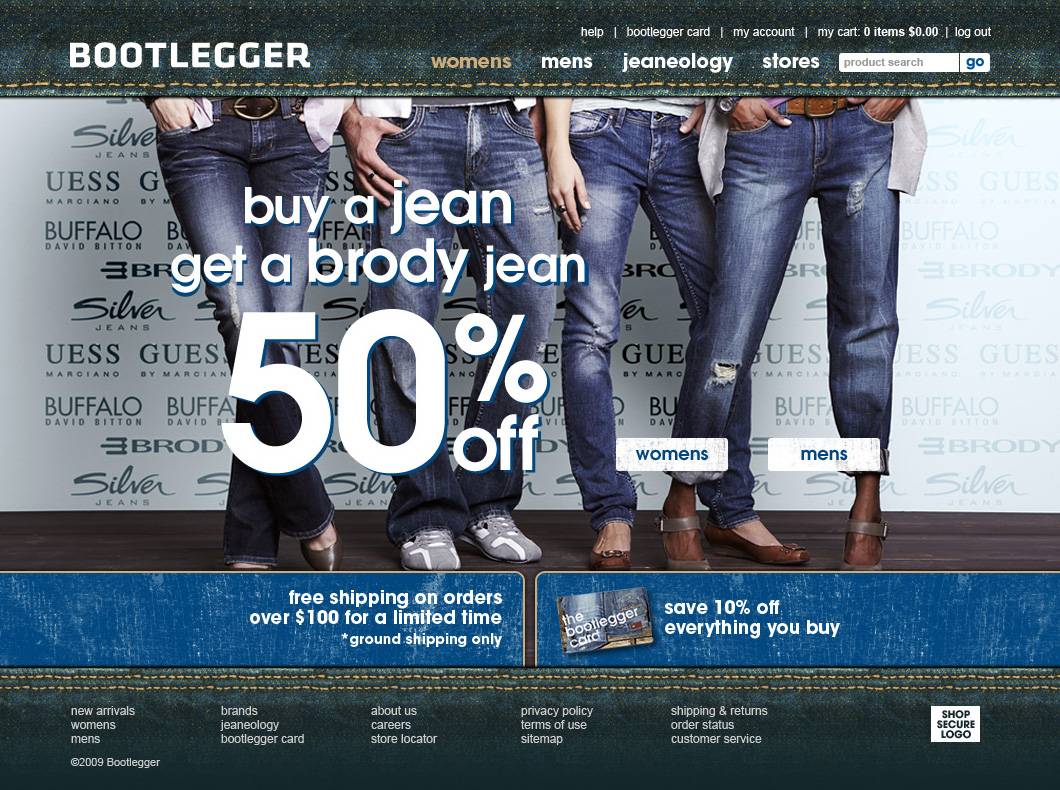 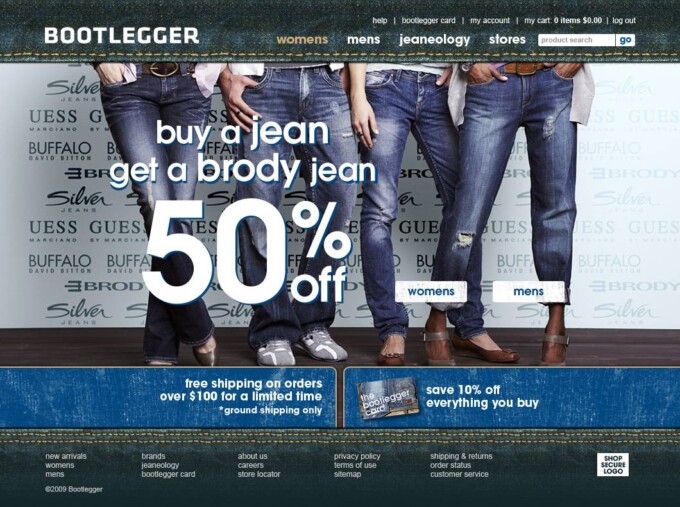 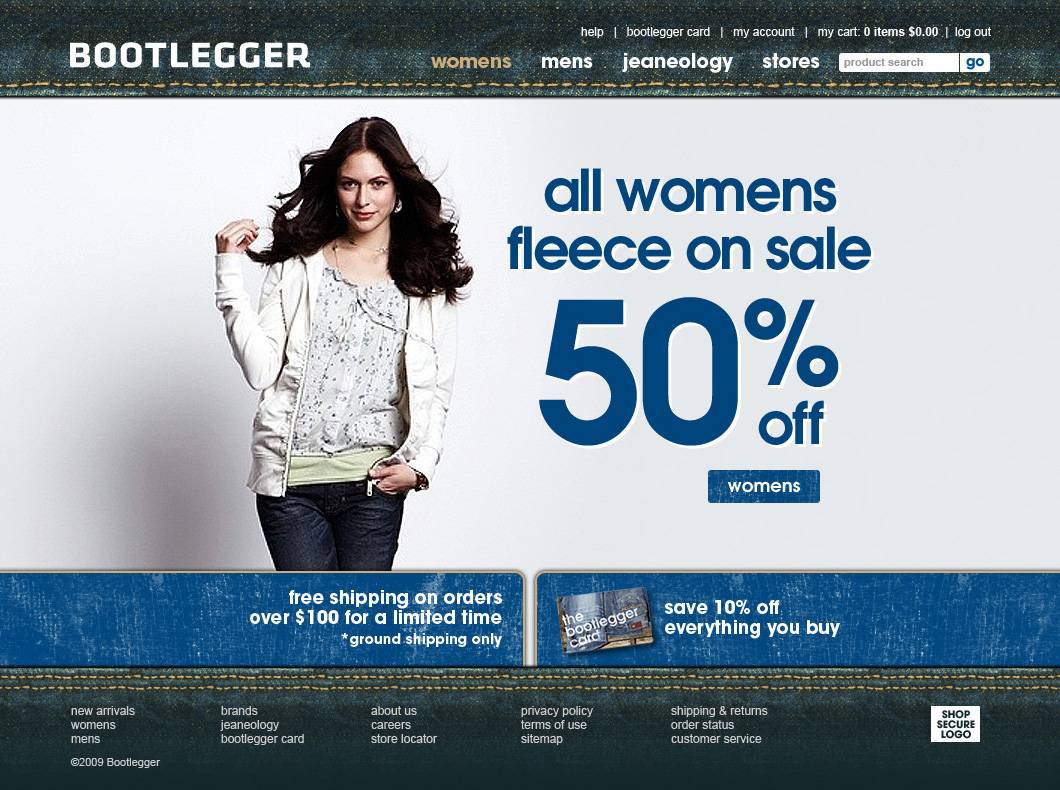 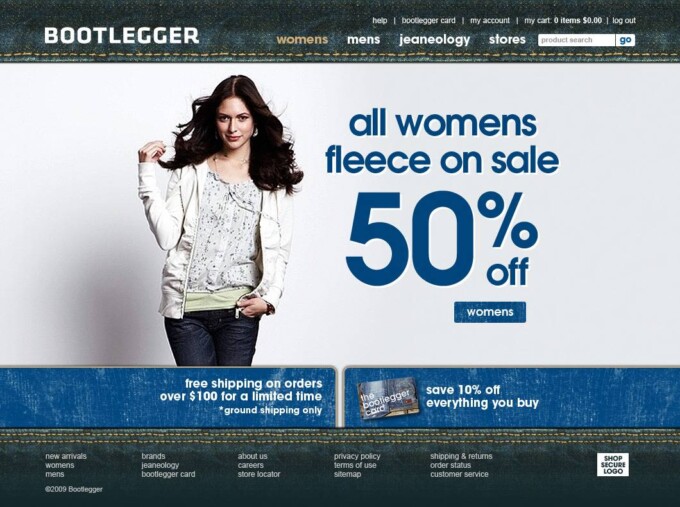 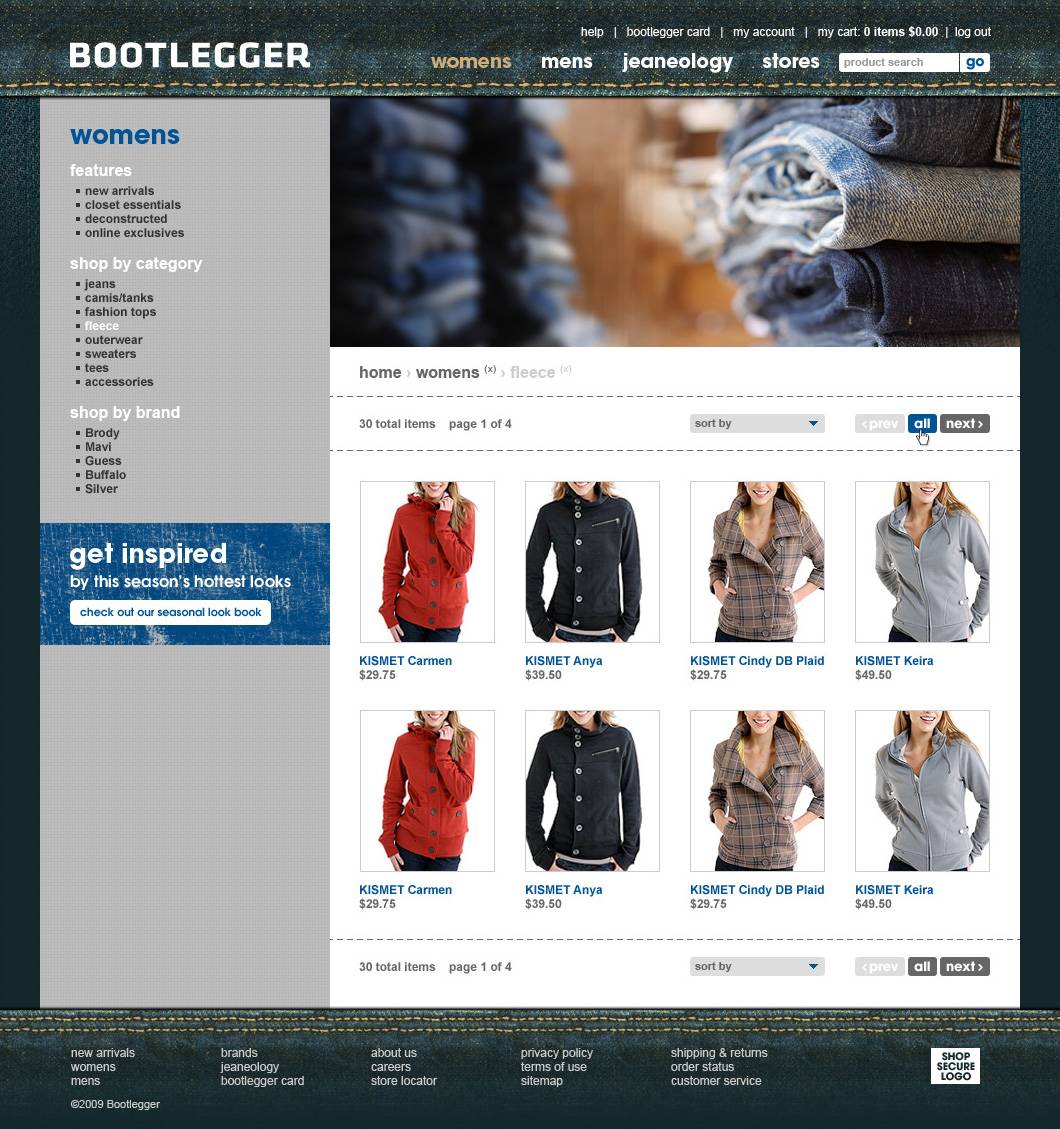 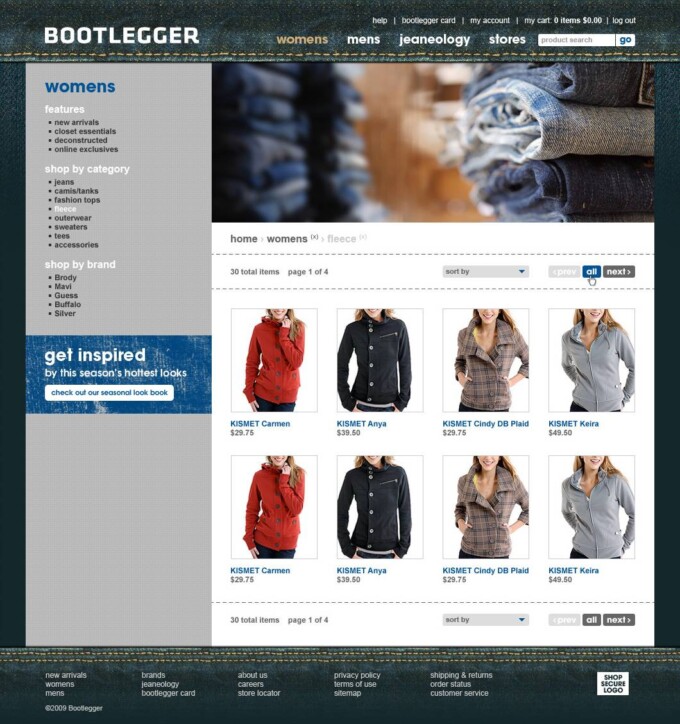 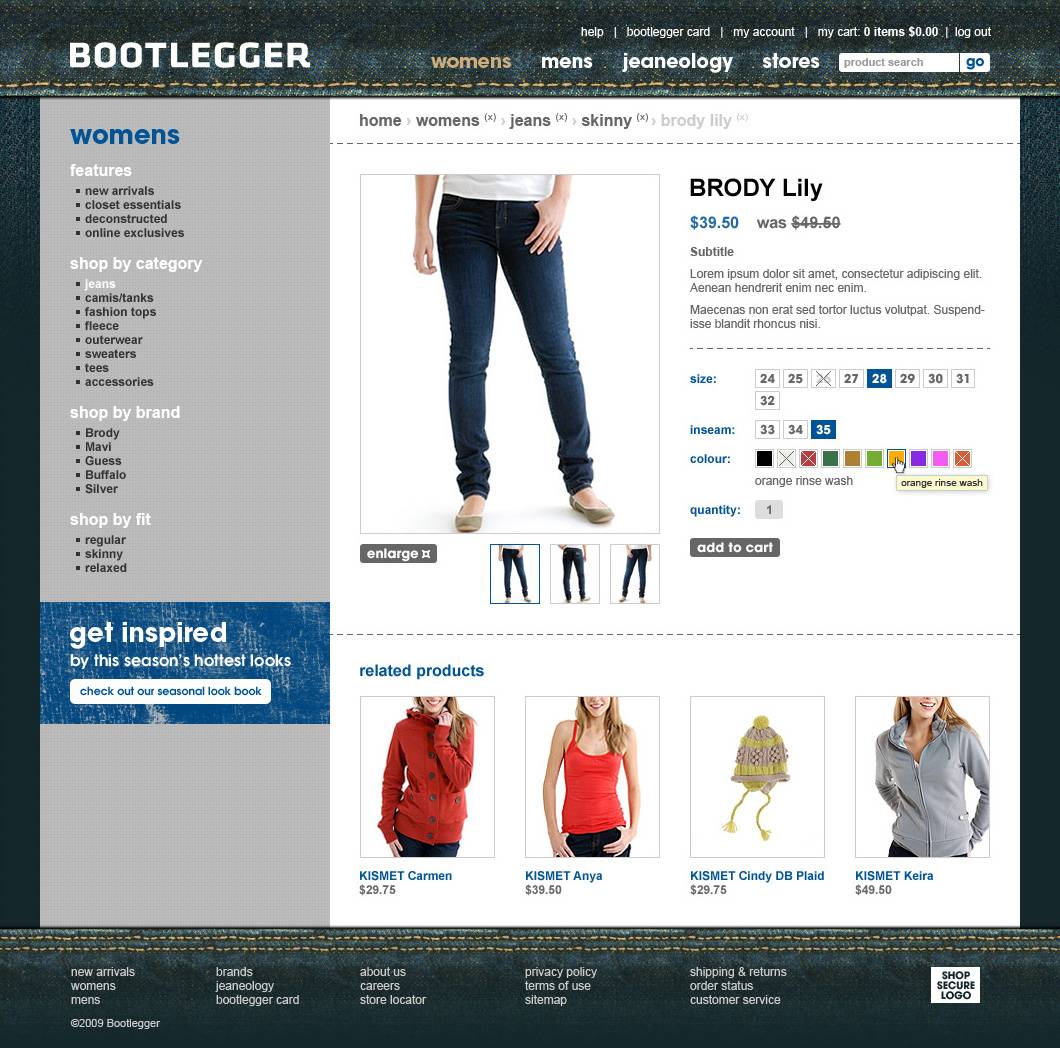 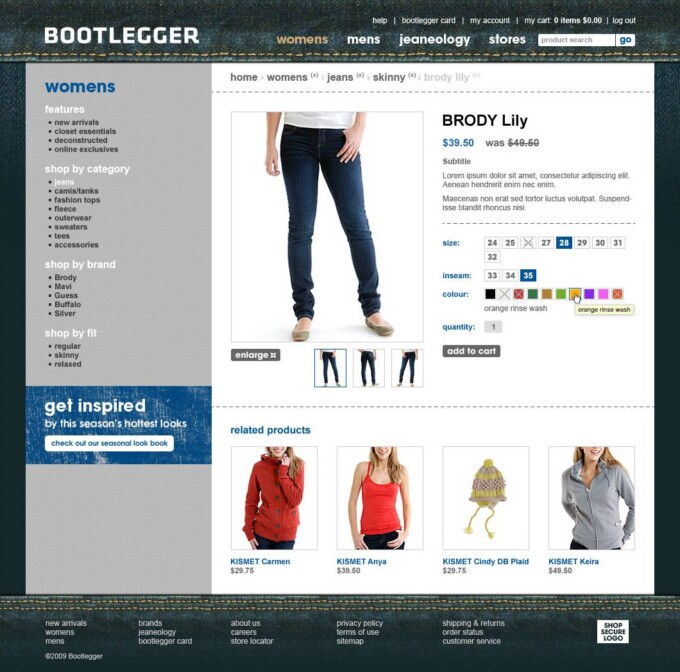 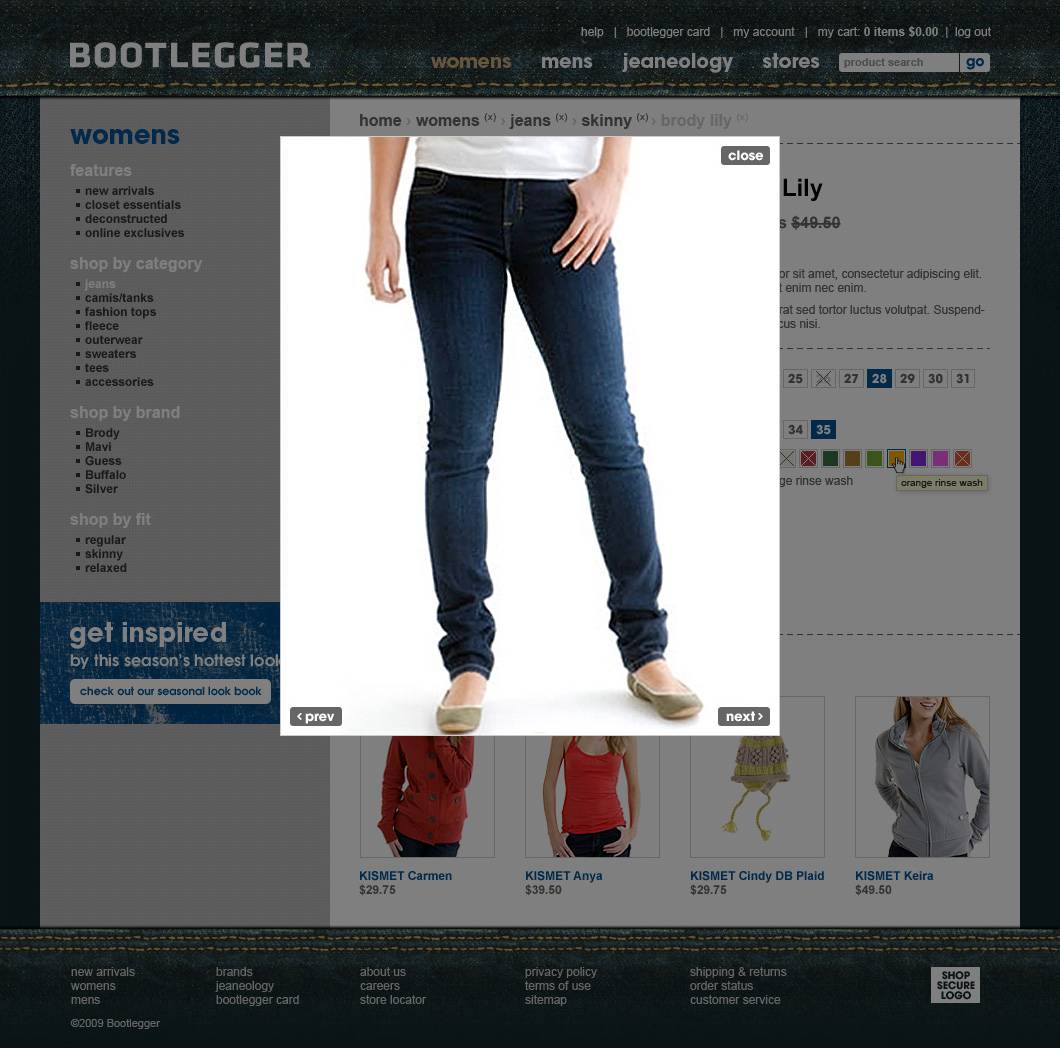 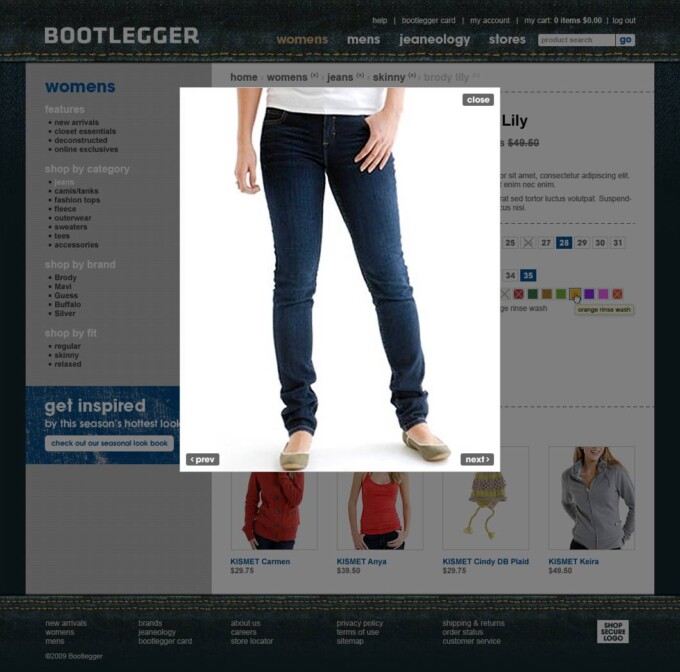 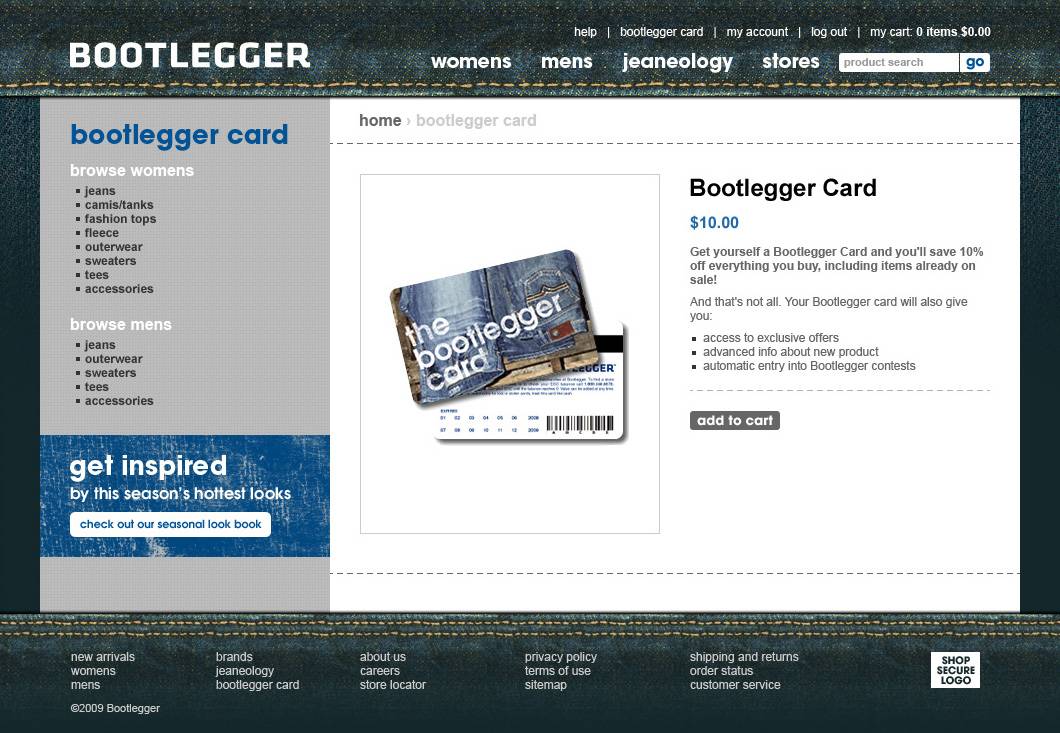 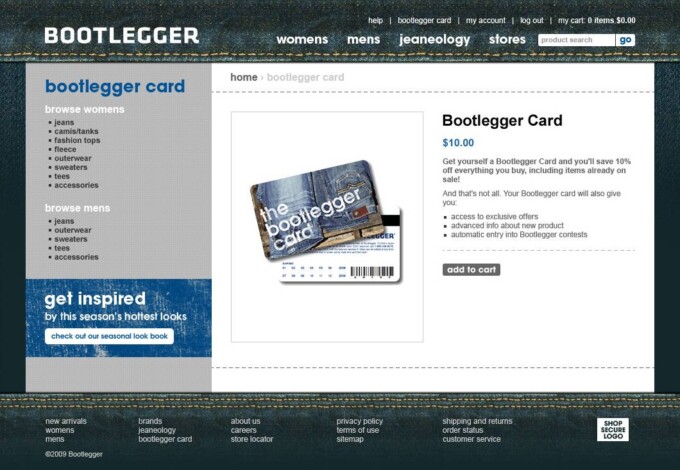 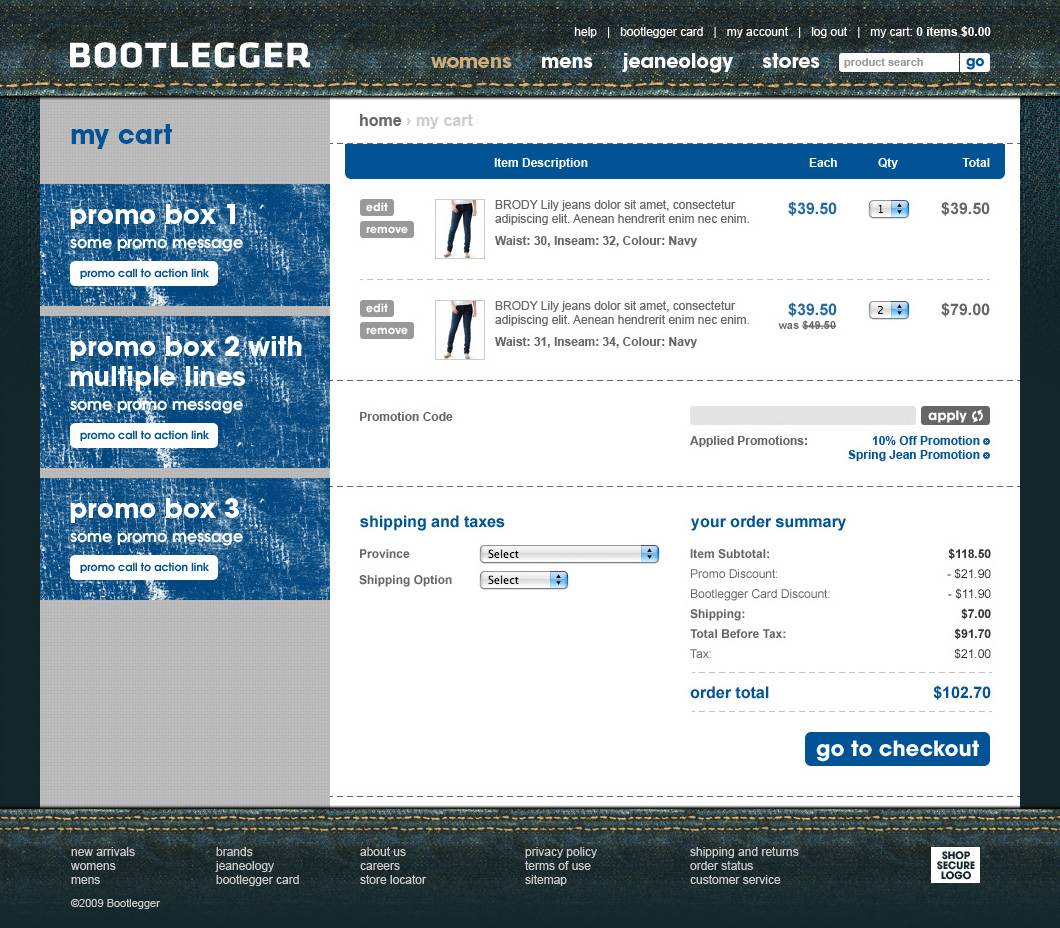 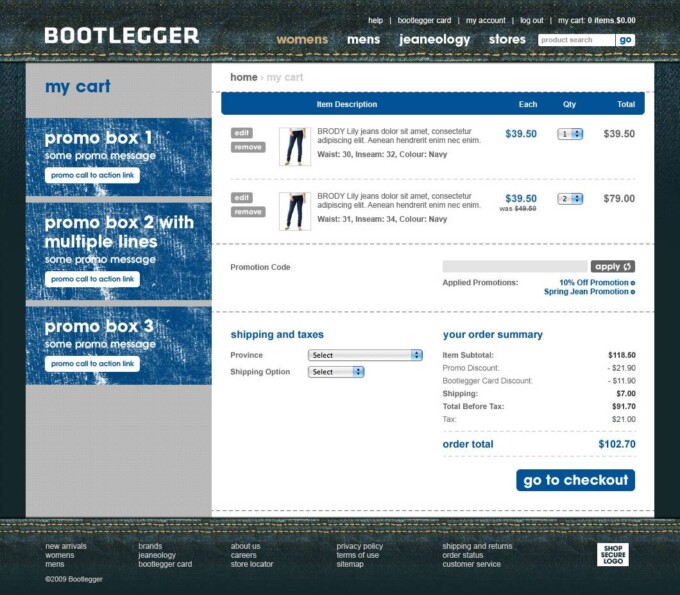 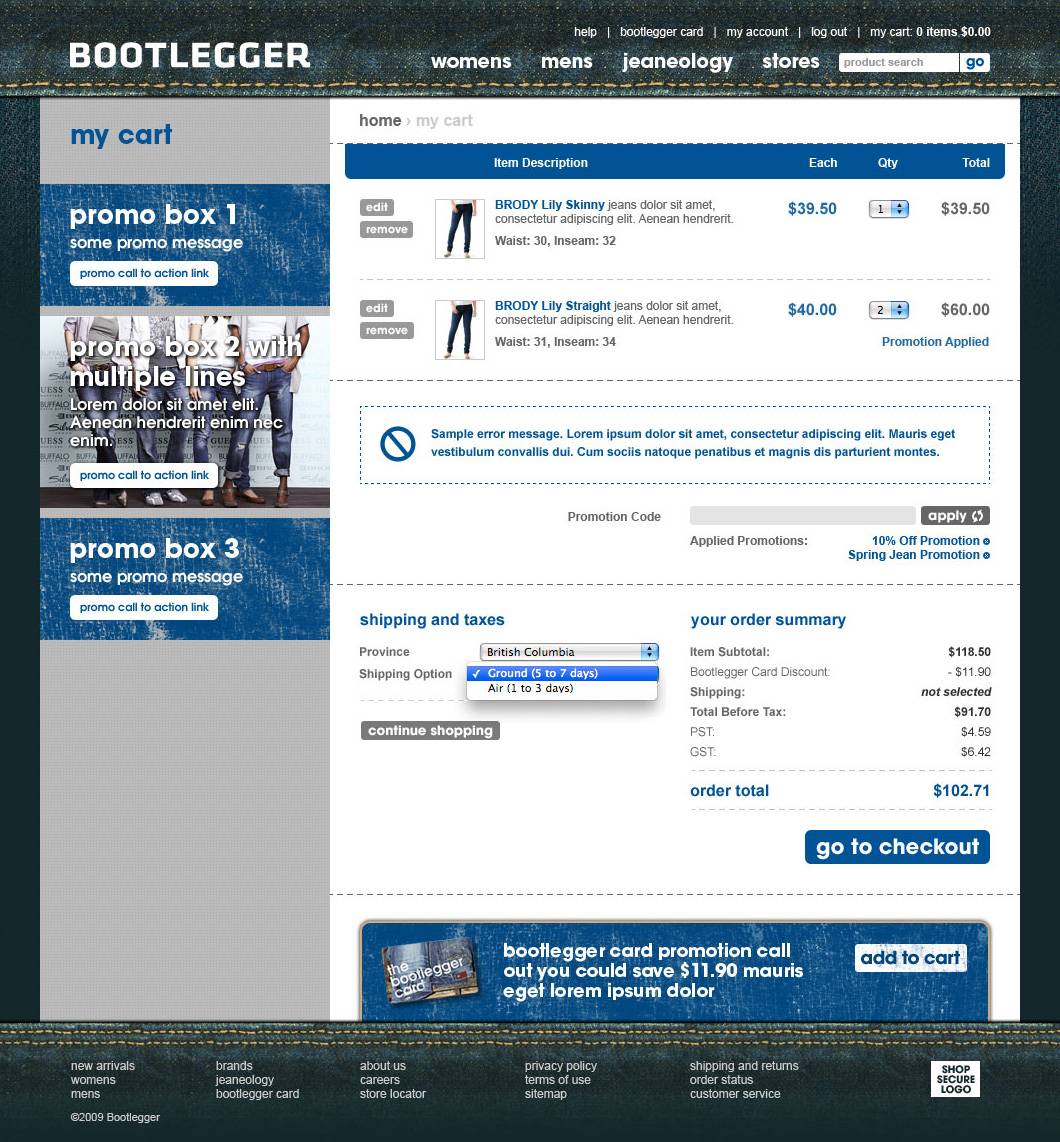 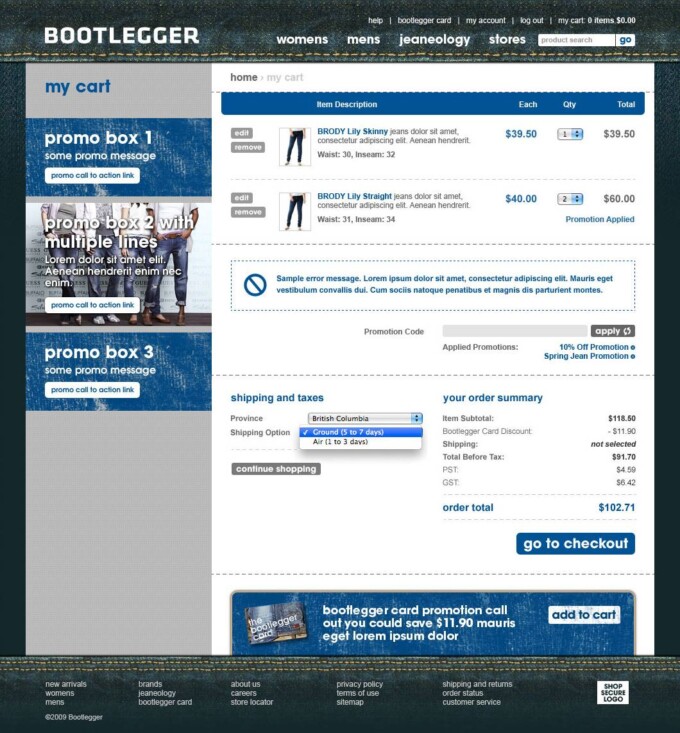 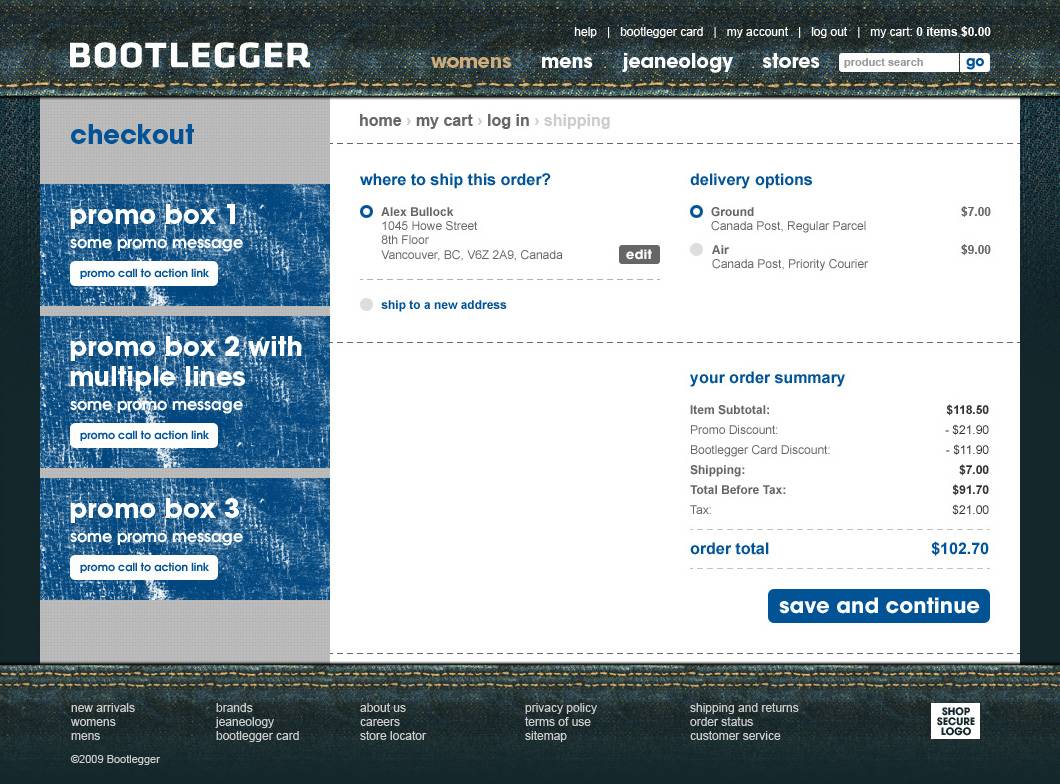 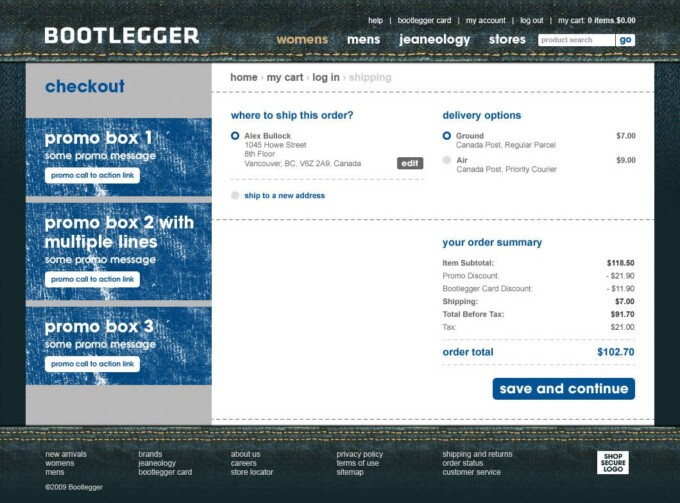 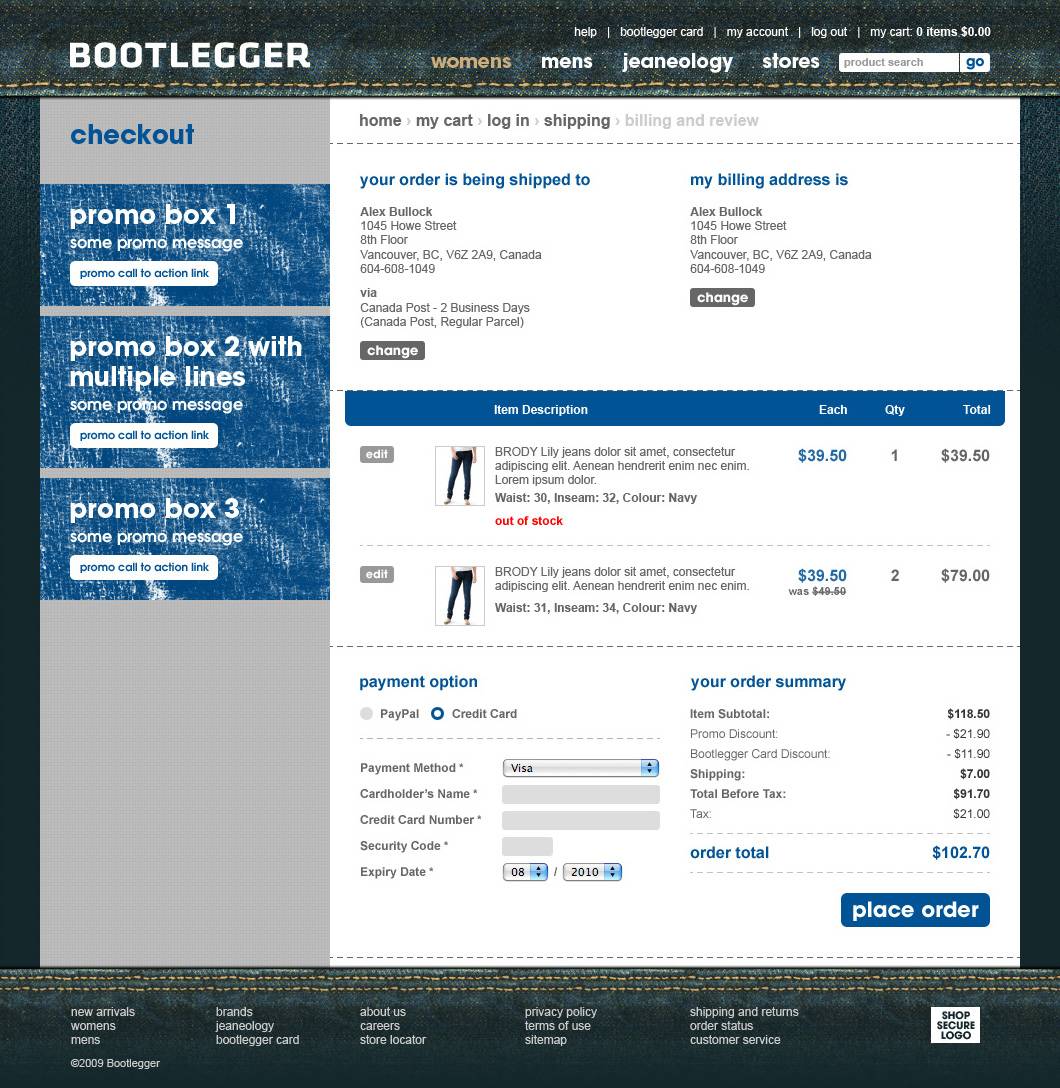 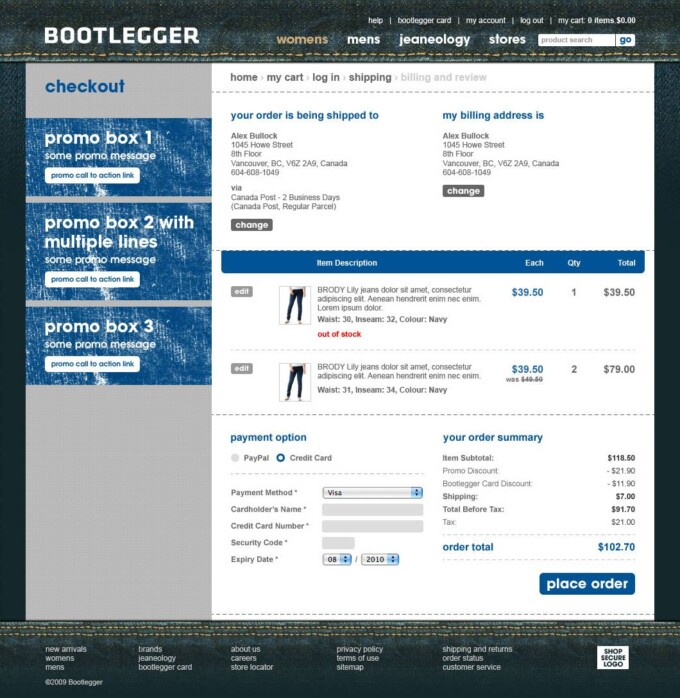 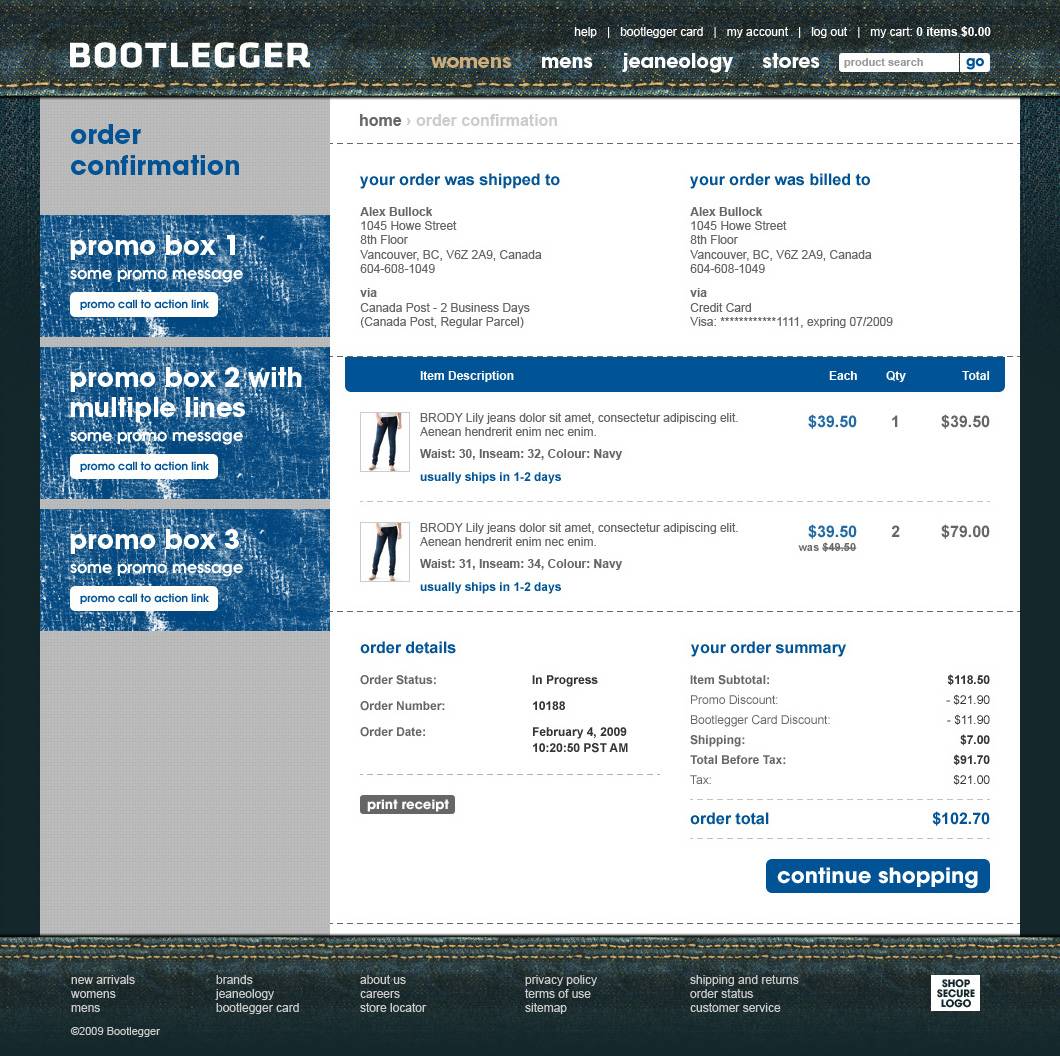 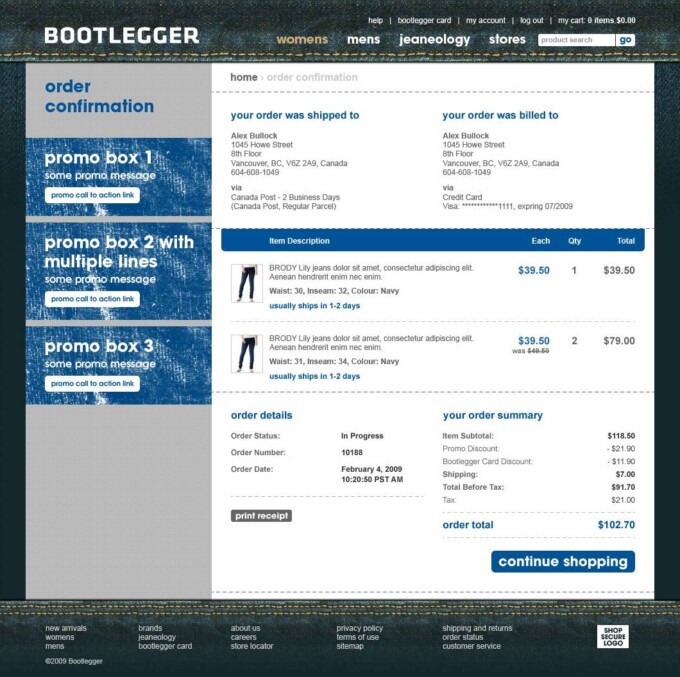